Adventures in Decorating: War With Squirrels! 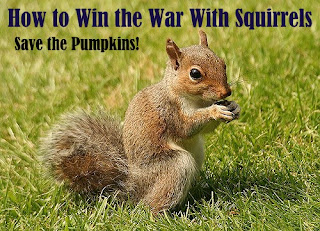 {source}
Do you have squirrels where you live?
(Do they live everywhere? I'm trying to remember a place where I have been where I have not seen them...)

ANYWAY, last year I got the best pumpkin ever. It was perfectly shaped, with a great stem as a handle. I put it out on our front steps as a decoration next to my pot of mums.

And guess what happened next.

A squirrel (that did have a tail by the way) came and started nibbling on my pumpkin. It started out with just a few bites...but one day I came home from work to see the pumpkin "guts" all over the front steps! Yes, that evil squirrel had chewed a hole in the pumpkin and hollowed it out to make a nice little pumpkin home on my front steps! When I would pull into the drive way he would stick his little squirrel head out of the hole in the side of the pumpkin and give me this look like "What are you doing driving a car this close to my home!" Ok, I may be exaggerating a bit, but it did stick it's head out when I drove up. That squirrel destroyed my beautiful pumpkin. This meant war! We tried a few things to keep the evil squirrel away - I would not recommend using chili powder mixed in water with a squirt bottle...and if you do, I WOULD recommend wearing some kind of protective eye ware and a breathing mask so you don't get it in your eyes and lungs...I'm just sayin'!

This year, I decided to try a different approach to protect my pumpkins. 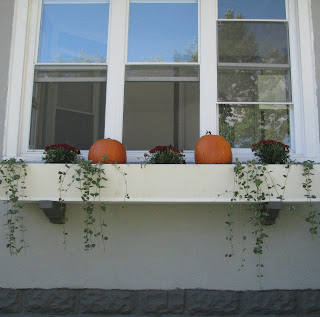 Did anyone get soap in their mouth for saying bad words or talking back when you were little? Anyone? (I actually don't remember my mom doing that with me... but I know people do it!) Well, I thought if people don't like the taste of soap, maybe squirrels don't either! So I took my dish soap and squeezed a ring of soap around each to the stems at the top of the pumpkin. Then, using my hands, I gently rubbed the soap down the sides of the pumpkin, coating the outside with a layer of soap. Don't rub to much or else it will start to suds up! The soap actually makes the pumpkin nice and shiny almost like a glaze.

I have applied dish soap once a week for 3 weeks now. Each pumpkin has a little nibble area about the size of a dime, but that is all! Hooray! Dish soap is my secrete weapon in my war with the squirrels!

How do you keep the critters away from your fall decorations? 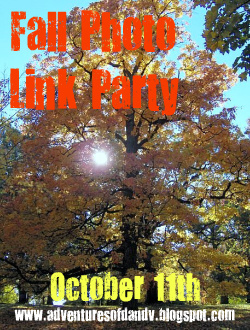 Click {HERE} for more details!
Posted by Veronica and Daniel at 2:45 PM
Email ThisBlogThis!Share to TwitterShare to FacebookShare to Pinterest
Labels: Decorating