Adventures in Life: The Facts

If you are joining us today from Happy Go Lucky
(where I am the guest host today, eek!)
I am so glad you are here!
So, a little more about me
I am a total fact lover!
Jepordy...
LOVE IT
Useful or useless
I LOVE ME SOME FACTS
History or math
CANT GET ENOUGH OF THEM.
So in honor of President's Day, I thought I would share a few Presidential Facts...
Fun Fact #1) The youngest elected President was John F. Kennedy (age 43). Theodore Roosevelt, however, was the youngest man to become president——he was only 42 when he succeeded McKinley, who had been assassinated. 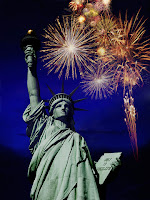 {image}
Fun Fact #3) President Herbert Hoover did not accept his $75,000 salary, but instead gave the money to charity.
Fun Fact #4) President Johnson used to go through the White House at night turning lights off that were not needed, because he did not want to waste the taxpayers money.

{image}
Fun Fact #5) President James Garfield was the first president to ever talk on the phone. When he spoke to Alexander Graham Bell, who was at the other end 13 miles away, he said: “Please speak a little more slowly." 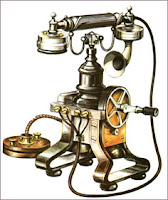 Fun Fact #6) No President has ever been an only child.
There you have it friends! Anyone have any fun President facts you would like to add to the list?
Posted by Veronica and Daniel at 3:02 AM
Email ThisBlogThis!Share to TwitterShare to FacebookShare to Pinterest
Labels: Life